A Coventry University alumnus has received a nomination for an internationally recognised award for his entrepreneurial activities in the field of peace and reconciliation.

The Education UK Alumni Awards recognise business professionals, entrepreneurs and community leaders across the globe that have demonstrated how their UK education has contributed to their subsequent success.

Alongside his colleagues Prof Alpaslan Özerdem† and Dr Hüsrev Tabak†, Özgür Tüfekçi has established The Centre for Strategic Research & Analysis (CESRAN). A non-partisan, non-profit research centre which aims to become a leading academic think tank within the field of political science and international relations.

Currently ranked within the top 150 International think tanks†, CESRAN has already made an impact within the academic landscape: with research produced from the centre used to assist public and private sector decision makers on issues concerning international relations, foreign policy analysis and the international political economy.

Özgür, who graduated from Coventry University in 2014 with a PHD, believes the ranking also helps motivate others to become more entrepreneurial:

I believe that our success has inspired a generation of young individuals, in Turkey, to do more with their own lives. Having been ranked in the top 150 think-tanks by University of Pennsylvania - more new think-tanks have been established in Turkey - particularly by young entrepreneurs.

It’s absolutely tremendous to see such inspirational stories demonstrating the impact that a UK education can have upon individuals and countries around the world. We had hundreds of excellent nominations and it was very difficult to filter it down to the finalists. These alumni are an outstanding credit to their universities and hopefully will serve as an inspiration to the next generation of ambitious international students.

Speaking about his experience studying in the UK, Özgür said:

My UK education profoundly impacted me and gave me the confidence to achieve extraordinary results. This nomination is a clear example of these results.

†The Global GoTo Think Tank Index is the result of an international survey of over 1,950 scholars, public and private donors, policy makers, and journalists who helped rank more than 6,500 think tanks using a set of 18 criteria developed by the TTCSP.

Professor and Chair in Peacebuilding at the Centre for Trust, Peace and Social Relations, Coventry University, UK. He has extensive field research experience and specializes in the politics of humanitarian interventions, disaster response, security sector reform, reintegration of former combatants and post-conflict state building.

Doctoral researcher at the University of Manchester. His research interests include Ethnopolitics, Southeast European Politics, Norm Theory, and Political Islam. 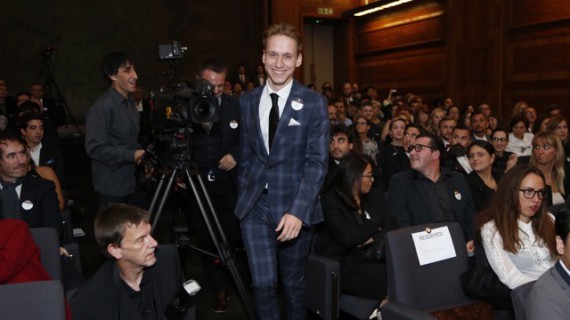