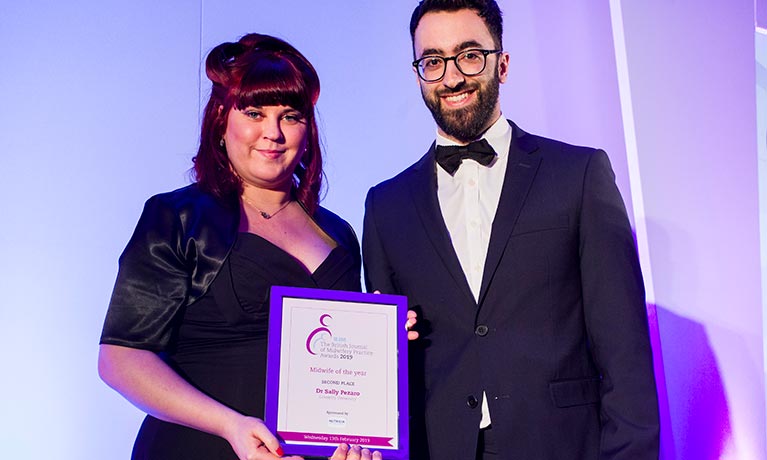 A Coventry University midwife has been recognised in a national awards ceremony after helping hundreds of women by raising awareness of a little-known medical condition.

Dr Sally Pezaro was awarded second place in the British Journal of Midwifery (BJM) Midwife of the Year 2019 for her work to improve diagnosis, care and awareness of hypermobile Ehlers-Danlos Syndrome (hEDS) among mothers and pregnant women.

Receiving the accolade this month, Sally said she was delighted to have been shortlisted following the work done by her, and her colleagues at Coventry University to raise awareness of hEDS.

In pregnancy and childbirth, complications from hEDS can be disabling or even life-threatening as the condition can lead to preterm birth, haemorrhage and poor wound healing.

But as hEDS in the context of childbearing has previously been under researched, midwives and doctors are sometimes unaware how best to support women and provide them with the best levels of maternity care.

To turn things around, Sally and colleagues Gemma Pearce and Emma Reinhold published the first openly accessible paper of its kind for this unique group of women; offering midwives, medical professionals and expectant mothers information needed for evidence-based maternity care.

Some complications the condition causes include:

The paper has been downloaded and shared by midwives and pregnant women more than 11,000 times since it was published in April 2018, and remains the BJM’s most read article.

Thanks to their work, more women are now being recognised as having hEDS which is opening up the right levels of care, and midwives are being more widely trained to manage its affects in pregnancy.

I am absolutely delighted to be up for this award and it is so humbling to see how much impact this work has had.

It started when a colleague asked if I knew how many childbearing women there were with hypermobile EDS and how little support was out there. I had no idea! It was a revelation to me as a midwife, so we decided to do something about it.

We pulled together evidence from the literature and people who had experienced this. What became clear was that often these women’s needs were being dismissed, or maternity staff simply didn’t know what to look for or how to help during their pregnancy.

After our paper was published a lot of people were on social media saying how much it made huge changes to them and gave validation to what they knew about their own bodies; it showed they weren’t wrong and weren’t alone.”

As the most commonly found strand of the Ehlers-Danlos syndromes, hEDS may affect thousands of women despite previously being thought of as a much rarer condition.

Sally is now working with the BJM to run targeted sessions for trainee midwives; and with the Royal College of midwives on improving the support and wellbeing of midwives. 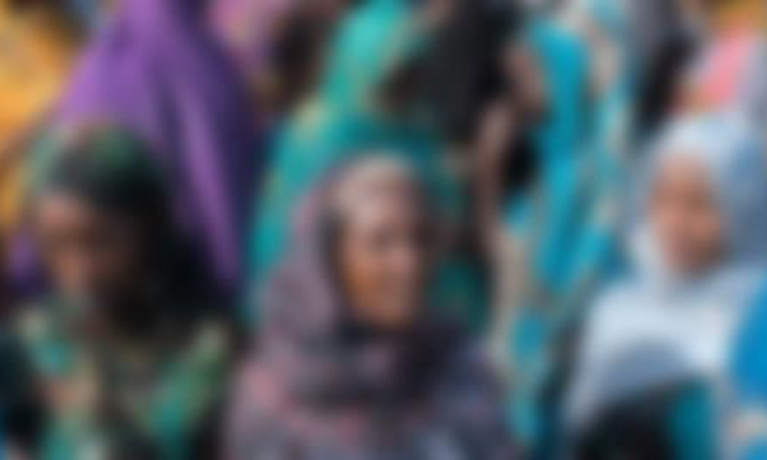 A group of leading international migration experts – led by Coventry University – has won backing from the UK government's science and research funding agency to explore...