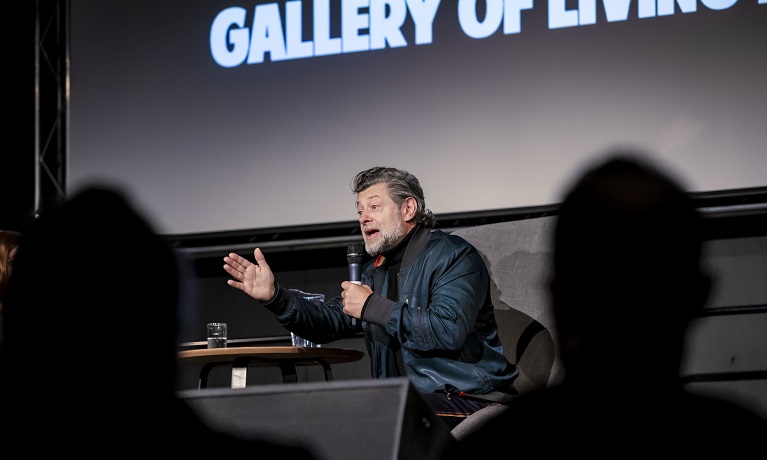 Andy Serkis, who recently spoke during an event at Coventry University, praised the efforts of pupils

A thought-provoking new statue designed by pupils at a Coventry school will be installed in Coventry city centre following a unique competition run by the Gallery of Living History (GOLH).

Set against the ongoing public debate around statues of historical figures, some of which have been defaced and even torn down, the competition sought not only to find a design, but tasked entrants to explain how they would listen well to opposing views and respond to criticism of their choice of subject with facts and evidence and not just emotion.

The objective of the competition was to encourage young people to tell their own stories about what history does and should mean to them.

While some of the entrants put forward statues of well-researched Coventrians who have made a huge impact, others opted to design statues that depicted concepts rather than people.

The teams behind the twelve shortlisted designs were given support by Coventry University’s Faculty of Arts and Humanities- including advice on what materials to use and how to carry out historical research.

A design from Sidney Stringer Academy School entitled ‘Peace, Equality, Unity and Acceptance’, depicting a tree of hands sculpture, was selected as the winner.

The design shows a tree with two arms reaching up to form the trunk, with the hands holding a dove. It represents Coventry’s commitment to peace, equality, unity and acceptance following the devastation inflicted on the city during the Second World War.

It also features glass hands cast from Coventrians, to represent that the tree belongs to everyone.

The statue will be made by Pangolin Editions, Europe’s largest Sculpture Foundry, and installed on a bespoke GOLH plinth, unveiled in June.

Visitors will also be able to use augmented reality on their phones to view the runner- up designs on the plinth, while videos will provide further information about the entrants.

In all the shortlisted submissions the conceptualisation was amazing. The time and passion that they had dedicated comes through whether it was a local story or a more global story.

Even the major themed entries had a personal connection. It was very hard to choose between a single person and a large conceptual idea. To take a broader view was very forward thinking. At the same time I loved those that had a really local connection.

Fellow judge Karen MacLean said she found it hard to believe such sophisticated designs had been created by young people aged just 12-14, while Sir Trevor Phillips said the submissions gave him hope for the future.

The past shouldn’t be written just by a small group of people for a small group of people, it shouldn’t just be intellectual historians focusing on high ranking generals, politicians and the Royal family, the past is about all of us and about all of our contributions to making a successful society. This project gives young people the chance to look at who they consider to be heroes and to recognise their contributions.

The quality of all the designs was astonishing, the judges were overwhelmed by it, not just the originality of the submissions, but also the thought that went into how they were designing and conceptualising their ideas.

The Gallery of Living History works to examine and highlight aspects of our history that may have been forgotten, overlooked or ignored.

To find out more visit the Gallery of Living History website.