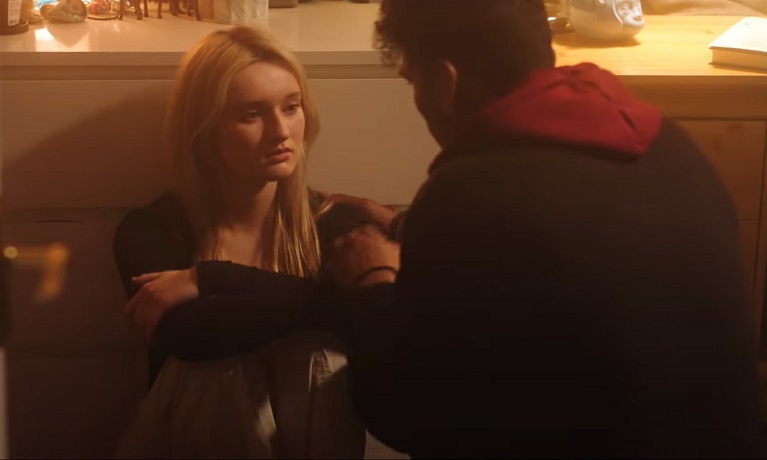 A still from the #WhatAreYouDoing campaign video

A powerful video campaign highlighting the role we can all play in helping to prevent sexual and domestic violence and abuse has been created by researchers at Coventry University.

With funding from Coventry City of Culture and several collaborating agencies, the #WhatAreYouDoing campaign has involved the Multidisciplinary Evaluation of Sexual Assault Referral Centres for better Health (MESARCH) project team and other academics at Coventry University.

They have worked closely with Coventry Rape and Sexual Abuse Centre, Coventry City Council and Coventry Haven Women’s Aid on the campaign, which aims to enhance public understanding about abuse in young people’s relationships.

MESARCH is a study into the health and wellbeing of survivors of sexual assault, rape and abuse across all ages who have accessed Sexual Assault Referral Centres (SARCs).

The centrepiece of the #WhatAreYouDoing campaign is a short film, created with Coventry-based video production company No Class, depicting an abusive relationship within a young couple and the role their friends play in calling out these behaviours and supporting the victim to get help.

Young people often do not identify with terms like domestic violence and abuse, but want support in understanding what is and is not okay in their relationships. They may also be unsure about how to manage boundaries around technology.

The aim of the campaign is to enable young people and others to recognise different guises of abuse and encourage them to reach out to agencies for advice and support.

Yet the youngest victims are some of the least likely to access domestic abuse services(2).

The concept for this film was co-designed with survivors of sexual and domestic violence and abuse.

Engaging people who have actually lived through harmful relationships was pivotal in ensuring the film feels authentic.

We have long-standing relationships with the collaborating organisations and they advised on portraying abuse in young people’s relationships as well as identifying pathways to support. No Class Creations translated our ideas into film, achieving an impact even we hadn’t anticipated.

For now, this is a regional campaign; all the actors and settings are local, which helps people in Coventry and Warwickshire connect with the situation presented. This film is designed to help young people recognise signs of abuse, whether they are a victim, a perpetrator, a supporter or an onlooker.

It was important that it highlighted that there is support available not only to the victim but also to the perpetrator to help them change their behaviours. In this film, the friends of the abuser recognise those signs and step forward to help, which often isn’t an easy thing to do.

This is a very emotive and hard-hitting film, you see the impact this abuse has on the victim and how she is able to access support towards the end.

It’s important to say that abuse is never the victim’s fault, it is always the perpetrator who is at fault. Victims don’t need rescuing, but they do need to feel supported to be able to get the help they need.

Bystanders have an important part to play, if you hear derogatory or victim blaming comments, call them out if it is safe to do so, otherwise it reinforces these narratives in society.

The film contains themes of domestic violence and abuse which some viewers may find distressing.

The film is available to view here and includes a QR code directing viewers to support services available.

MESARCH is funded by the National Institute for Health and Care Research 16/117/04 grant which seeks to improve the health and wealth of the nation through research.

To find out more about the MESARCH project.

Find out more about No Class.