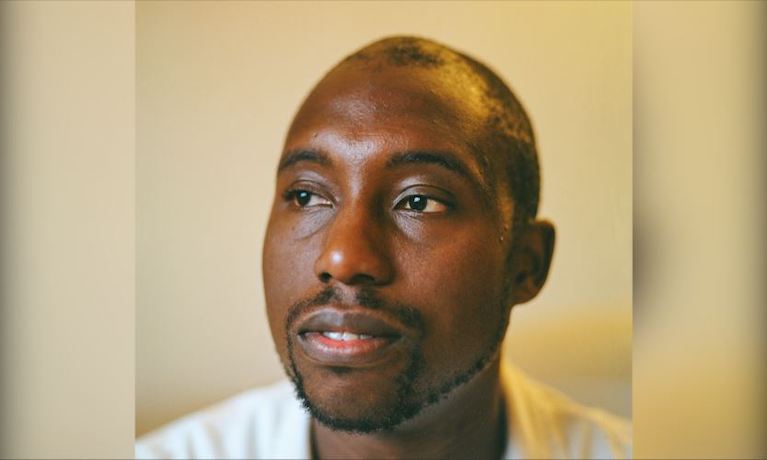 A Coventry University graduate was in prestigious company as his debut novel was nominated for the Waterstone’s book of the year award alongside publications from Manchester United striker Marcus Rashford and international pop icon Paul McCartney.

Caleb Azumah Nelson, 27, studied sports and exercise science at Coventry University, and while he enjoyed his course and was heavily involved with basketball, it was his time with the university’s creative writing society that really captured his imagination.

Following his graduation, Caleb released his debut novel Open Water, a story focused on the roller coaster love can be, with key narratives around what it’s like to be young and Black in modern day Britain. The novel received glowing reviews from a number of high-profile authors and editors.

Now Caleb is being spoken about in tremendous company, with leading UK book retailer Waterstone’s nominating his novel for the book of the year award alongside 12 other best-selling books.

To be nominated for this award alongside brilliant authors and some all-round great people is a real honour. Even seeing my novel on the shelves in book stores was a ‘pinch me’ moment, so this feels really quite surreal. The real pleasure comes from getting to do what I love, but the recognition really is a wonderful bonus.

The plot of Open Water is based on a photographer and a dancer who meet in a bar, establishing an immediate connection and falling for each other before going on to negotiate their relationship through distance and time. It has been published by Viking, an imprint of Penguin Books, which has also published books written by the likes of Michelle Obama and John le Carré.

Caleb has confessed that he was hooked on reading and creative writing from a very young age, but he says his time at Coventry University was crucial to helping him to develop his skills and take his writing to a new level.

I’m really grateful for my time at Coventry University as I feel it really gave me the right time, space and environment to develop my writing, expand ideas and really improve. My time in Coventry and especially my involvement with the creative writing society at Coventry University gave me the courage to back myself, my ability and my creativity – it was really quite a formative time for my writing career.