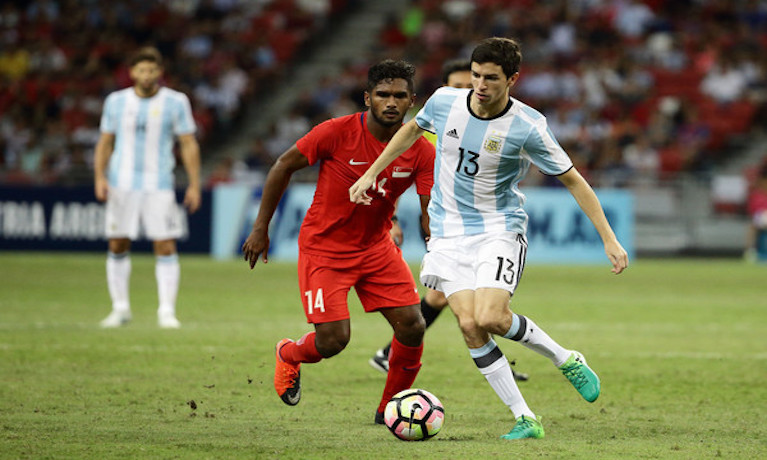 Boasting 101 international caps, the midfielder was the youngest ever player to represent his country at just 16 years of age.

Hariss teased his fans on social media before the announcement with a video which appeared to show him signing a contract, along with the message ‘Coventry here I come’.

His social media antics prompted speculation over a potential move to EFL Championship side Coventry City, before the midfielder revealed that he has accepted a scholarship to study a Coventry University degree.

The 29-year-old will study for a bachelor of arts with honours degree in business and marketing after being awarded a sports excellence education scholarship by PSB Academy – a long-standing academic partner of Coventry University in Singapore.

As part of the flexible arrangement, the degree will be delivered by PSB in Singapore, allowing Hariss to continue playing professional football in the Malaysian Super League alongside his academic studies.

Coventry University and PSB Academy have shared a strong partnership over the last six years, collaborating on a range of undergraduate and postgraduate programmes. The two institutions work closely to assess the programmes delivered, ensuring they are relevant to the market and meet industry needs and standards.

Whilst previously completing his diploma in sport and wellness management, Hariss became particularly interested in the business side of his education, which he feels he can now develop further through his Coventry University degree.

Described as a defensive midfielder on the football pitch, Hariss continues to ply his trade in the league that has previously been graced by ex-Premier League players including El Hadji Diouf, George Boateng and Bosko Balaban, while balancing his commitments to Singapore’s national representative team and his imminent studies.

Despite enjoying a dream career as a footballer and leading his country on an international stage, Hariss said taking advantage of the opportunity to broaden his long-term career prospects after his playing days are over was an easy decision.

I am really excited, it’s an honour to have earned this scholarship and I felt it was the perfect time for me to take this opportunity. I feel it’s important to prepare for life after football and while I am happy and grateful to have made football my career, the next phase of my life will be important.