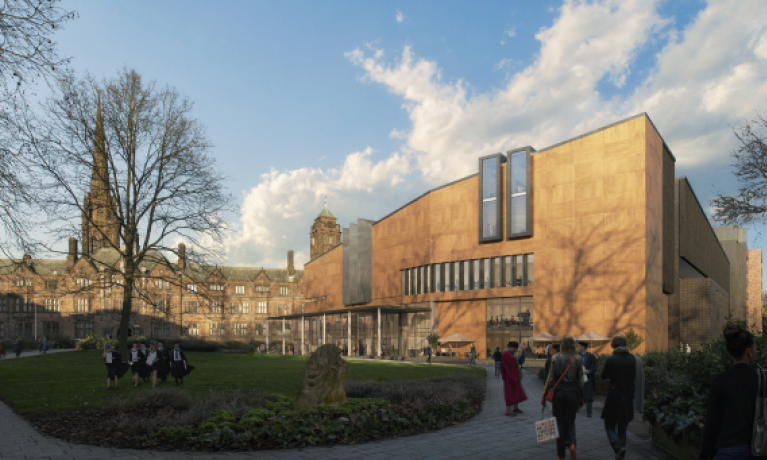 Coventry University will be creating a landmark new building in the city centre as part of plans to redevelop the site of former council offices.

The plans for the former Civic Centre site opposite the Council House, include a new hub for academic and research facilities as well as public spaces for the wider community.
Demolition is well underway but the university will not start building work until after 2021 so it can offer the levelled site for use during Coventry’s year as UK City of Culture 2021.

The transformation of the former Civic Centre, will feature new world-class teaching spaces as well as offices and accommodation for visiting academics. It is hoped that public spaces in the building could establish a new cultural venue for Coventry.

The new buildings have been designed to frame and enhance the surrounding landmarks and medieval plots that lie beneath the site.

The Grade II Listed section of Civic Centre 2 will be restored and incorporated into the new development. Other heritage assets on site, such as the vaulted medieval basement related to the Old Star Inn – a former social club for council staff – are also hoped to be included in the design.

It is hoped the new building will strengthen the university’s connection with the local community with public spaces, including a network of streets allowing free movement through the site.

Coventry University will be holding a public consultation on the plans for the new building ahead of submitting a planning application. There will be a drop-in exhibition at the Herbert Art Gallery on 29 and 30 January between 3pm and 6.30pm.

Our plans for the Civic Centre are a significant regeneration for the site and we are excited to be unveiling them.

Not only will the new building transform the space and respect the valuable heritage of the site, it is also set to be a part of the UK City of Culture celebration ahead of any construction work.

This is an exciting expansion for our university which will strengthen our links to the community and provide more high-quality teaching spaces for our students and staff.