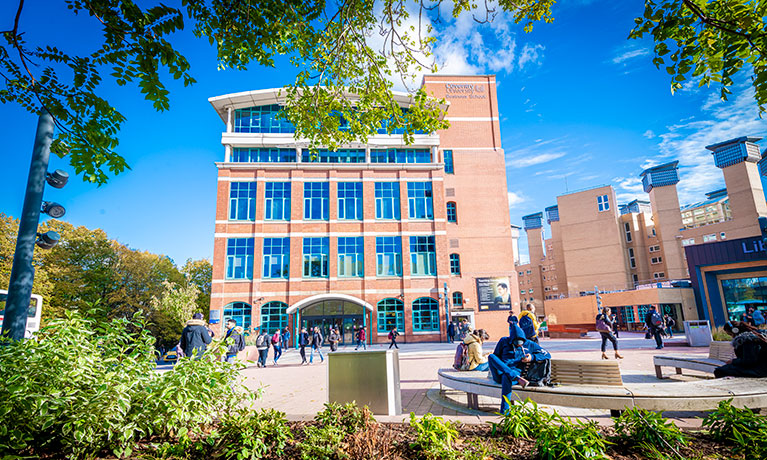 Alan East is an Associate Head of School at Coventry Law School, responsible for the student experience portfolio. He teaches on the undergraduate LLB Law programmes and BA Criminology and Law programmes on the Law of Evidence module.

Alan was admitted to the roll of solicitors in 2003 gaining extensive experience as a litigator, manager and legal educationalist. In 2004, he co-founded and managed a niche legal practice specialising in criminal litigation and prison law.

Alan is an innovator developing problem-based learning/flipped learning in the faculty, enhancing online learning and developing a multi-institutional international strategy linking with Australia, US, Hungary, Belgium, Argentina, China and South Africa. Alan was the first legal academic in the UK to use telepresence robotics in his international learning portfolio.

Alan is passionate in respect of ensuring access to justice for all. In 2015 he was unanimously elected President of Warwickshire Law Society using his position to campaign and raise money on behalf of Coventry Law Centre (now Central England Law Centre). In 2016, he joined the board of directors at Coventry Independent Advice Service a charity that provides free and independent legal advice in the local community.

In July 2017 Alan was elected to the supreme council of the Law Society of England and Wales representing solicitors in Coventry and Warwickshire. Since then he has been elected to the Law Society’s main committee (the Membership and Operations Committee), working with the Chief Executive on developing membership services and appointed Chair of the Education and Training Committee steering the seismic reforms of legal education with the introduction of the Solicitors Qualifying Examination (SQE).

Finally, Alan supports his local community and has taken a keen interest in inspiring youngsters within their education. In 2016, he collaborated with inspirational head teachers to create a multi academy trust which has transformed an inner city school and was Vice Chair of Governors for a leading Academy in Coventry.