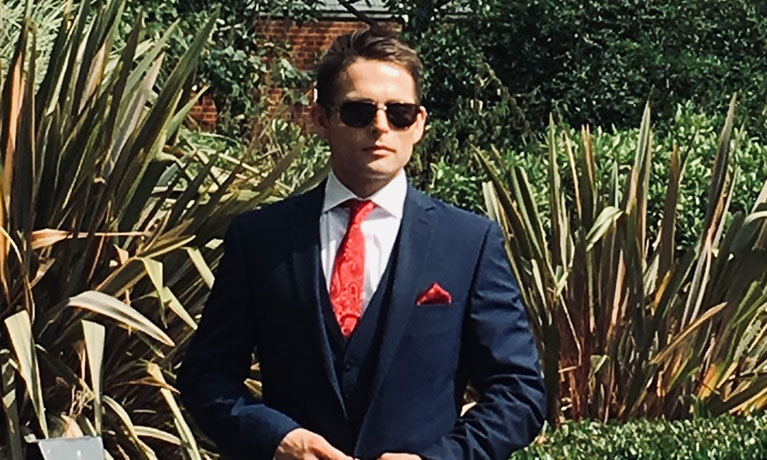 Dr Herrington teaches both undergraduate and post graduate modules including World Politics since 1945, The Changing Character of War and Terrorism, Humanitarian Intervention and Contemporary Global Security. He supervises a wide range of 3rd year and postgraduate dissertations, mainly focused on themes within International Security.

Lewis holds a PhD in Islamist Terrorism from the University of Warwick, Department for Politics, and International Studies. For his ESRC funded doctoral research, he interviewed former members of the British Cabinet, ex MI5 Spies and serving officers within UK Counter Terrorism Command. Following the completion of his PhD in 2016, Lewis served as a Teaching Fellow to Warwick, Loughborough, Regents and Buckingham Universities respectively. In January 2022, he took up his first permanent lectureship at Coventry University.

Building on this foundation, he has published articles on subjects ranging from hostage taking in Latin America to cyber security in Sub Saharan Africa. More generally, his main research areas concern suicide terrorism, Islamist extremism and counter radicalization. Currently, Lewis is seeking to determine the extent to which his insights on Islamist suicide terrorists, might help us to better understand the phenomenon of high school shootings in the United States.

Due to the high profile and international nature of his work on suicide terrorism, Lewis has had the privilege to serve as an expert witness for a variety of media outlets including CNN, Sky News and BBC News. Please see below for a selection of his media appearances. Privately, Lewis has frequently engaged with government departments including the Office for Security and Counter Terrorism in London (OSCT) and the Foreign and Commonwealth Office (FCO). Critically, his research has been directly felt within the domain of counter radicalisation.

Since 2019, Lewis has advised a prominent Birmingham based organisation who support men and women vulnerable to radicalisation. Demonstrating a commitment to networking, Lewis recently participated in a colloquium held at Oxford University by a former President of BISA to examine the rising tide of extremism in both the UK and across Europe. During the pandemic and the introduction of zoom, Lewis was able to reach a much wider audience. Through 2021 he gave a series of online lectures introducing his research findings and commenting on how his work might lead to a paradigm shift in how we approach counter radicalisation in Europe.