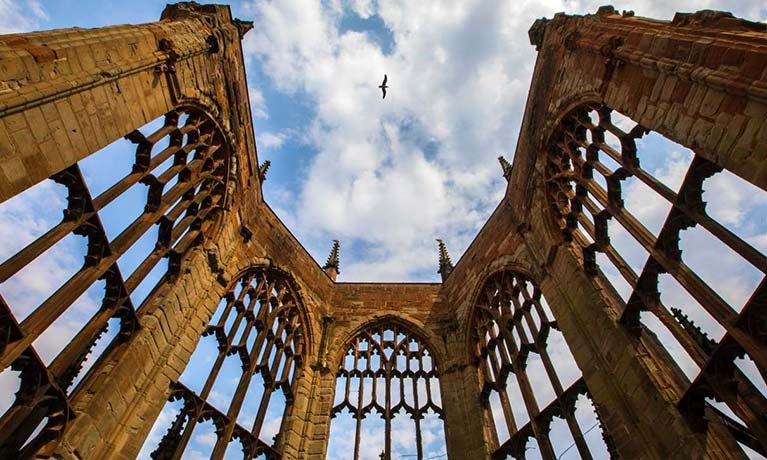 On 14 November 1940 Coventry was subjected to a devastating air raid which changed the face of the city forever. Recognised as the single most concentrated attack on a British city in the Second World War, the raid lasted for 11 hours, killing 1,200 people, and destroying more than 43,000 homes. Although borne from disaster, the Coventry Blitz presented city architect, Donald Gibson, with the opportunity to realise his vision for the ‘future’ Coventry; a scheme which encompassed the widescale redevelopment of the city centre, the reconstruction of Broadgate and the design of a traffic free area known as the ‘Precinct’.

This talk will use archival images to examine plans outlining the post-war reconstruction of Coventry. It will consider how such images evoke the desire to create a modern, ambitious urban centre to express the optimism of a country emerging from the upheaval of the Second World War. The audience are invited to share their memories of Coventry, using the images as a reference point to recall their experiences of post-war reconstruction. A number of city centre landmarks and public buildings will be discussed, to include the Locarno Dancehall, Coventry Cathedral, Broadgate Square the Lady Godiva Clock and the Precinct. Using photographs and with the help of the audience, this talk will offer an insight into Coventry’s post-war future – a future which offered Coventrians the promise of a better tomorrow.