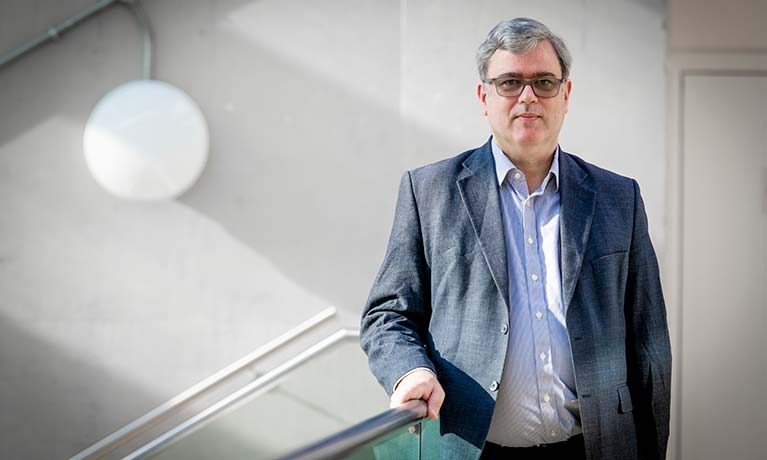 From the drunk in the street, to polymer physics – a short history of the random walk

To mark National Science and Engineering Week, Damien presented interesting properties of random walks and in particular how they arose in mathematics and physics in general, and in his research in particular. Starting from the classic problem of the drunkard’s walk and ending with how these concepts arose in polymer physics, and in particular the modelling of polymers in dilute solution.

British born in Cape Town, South Africa in 1966, Damien has spent more than half his life abroad. His early interests were in entomology at 8, but as time progressed, he developed a strong interest in Mathematics and Physics.

After Oxford, Damien held various post-doctoral positions at CEA Saclay, followed by the University of Pittsburgh. From 1994-2013 he was lecturer, Assistant Professor and Associate Professor in Physics at the University of Cergy-Pontoise, a recent university to the west of Paris. During his stay there, he pursued his research activities on the statistical mechanics of polymers in solution, magnetic systems and frustrated systems, whilst more recently studying problems of polymer translocation through biological pores. Actively involved in curriculum development and pedagogy, he helped set up several degrees, most notably first undergraduate degree in France in Computational Physics.

Watch Damien Foster's Inaugural Lecture 'From the Drunk in the Street, to Polymer Physics– a short history of the random walk'.