CU Coventry, CU London and CU Scarborough come together to form CU, part of the Coventry University Group. The relationship between CU campuses is like no other, as you’ll have the opportunity to move between each campus after completing an academic year. This means you can choose to study in the city, the UK’s thriving capital, or on the stunning Yorkshire coast.

Coventry is now in the top 50 of the world’s best student friendly cities (QS World University Rankings 2015). CU Coventry is situated on the Coventry University campus in the heart of the city, right next to Coventry Cathedral.

There is a selection of niche, independent retailers as well as an excellent indoor market. If it’s music you’re interested in, top acts such as Coldplay, Muse, Florence and the Machine and Rhianna have all performed to sell-out crowds at the Ricoh Arena. For sports fans, thousands of visitors gather for major sporting events including Rugby Union’s Heineken Cup, the World Snooker Championship and the Women’s Football FA Cup Final.

Fancy a day out of the city? Shakespeare’s Stratford-upon-Avon is only 30 minutes away by car, there's also regular bus services that link Coventry to Stratford, Royal Leamington Spa and the castles of Warwick and Kenilworth.

There are many places of interest to visit while you are a student here. Coventry’s central UK location means that London is only an hours' journey by train, in addition to this, Birmingham - the UK’s second largest city, is only a 20 minutes away.

London is one of the hottest spots for students right now. Only 14 miles from central London, our campus is well located. The closest Tube Station is Dagenham Heathway. Our campus borders Eastbrookend Country Park, a beautiful expanse of greenery and lakes. Also nearby is the Wantz Boating Lake, sports grounds and supermarkets.

If it’s the city lifestyle you’re after then London has it. There are over 7000 bars and pubs, over 5000 restaurants and incredibly for one city, over 350 music venues! Living on a student budget can be hard, especially in a big city, however there’s plenty to do when you’re watching your bank balance, think coffee shops, exercise clubs or taking time out of your schedule to enjoy one of the many leafy parks.

For many of our students living away from home will be a new experience. In Scarborough you’ll find everything you’d expect from a vibrant town by the sea, plus a whole lot more. Scarborough is a remarkably beautiful place to study; there are the beaches, the North Yorkshire Moors and even a medieval castle guarding the town. To make things even better, nearly everything is within walking distance.

The Open Air Theatre is a 7,000 seater which hosts some of the biggest names in the music business. Recent acts include: Noel Gallagher, James Bay, Jessie J, Olly Murs, Little Mix, Bryan Adams and Elton John. It’s home to a broad cultural and creative sector with live events, festivals and gigs all year round. It’s also home to a number of real ale pubs, bars and its very own micro-brewery. 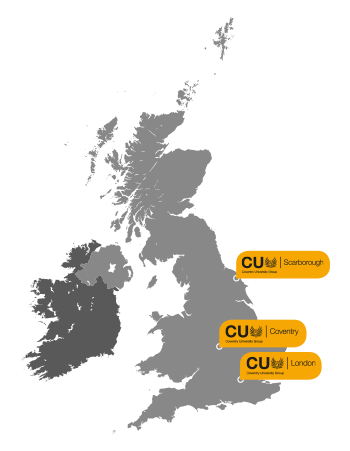