Commencing in September 2014, Southwest University of Political Science and Law (SWUPL) and Coventry University will be working together to offer an LLB in Commercial Law.

This exciting new programme offers Chinese students the opportunity to experience a global education experience through studying for an LLB in both China, Chongqing and the UK, Coventry.  The course comprises three years of study at SWUPL followed by a further year of study at Coventry University.

Following successful completion of the full programme, you will be awarded two degree awards – one from SWUPL and one from Coventry University.

Why study the joint programme?

The joint LLB in Commercial Law offers the following benefits:

SWUPL is based in the beautiful mountain city of Chongqing and is one of the oldest political science and law universities in China. In 1978 it was accredited as a key university by the State Council, established by the Ministry of Education and Chongqing Municipality.

As a university that specialises in law, you can expect a high standard of teaching, which is reinforced by the fifth place ranking for results in 2012, as conducted by the Ministry of Education and Development Centre of Postgraduate Education.

The multi-level and multi-type higher education teaching methods used at SWUPL have led to a strong reputation for providing students with a solid grounding and understanding of law, from which their potential is unlimited.

Coventry University was voted the Number 1 Modern University 2014 by the Guardian and is currently ranked 27th UK University in the Guardian league tables. Coventry welcomes over 6,000 international students from over 140 countries.

The University is ideally located in the centre of the UK, only one hour from London on the train, and just 20 minutes from Stratford-upon-Avon, the birthplace of Shakespeare. A city centre campus means that all amenities and facilities are within easy reach.

Coventry Law School offers a modern teaching environment to students with facilities tailored to provide practical legal skills to prepare students for a legal career, such as the dedicated Moot Room, which aids educational development of students. 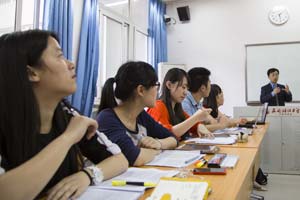 SWUPL and Coventry University working together

Coventry University’s collaboration with Southwest University of Political Science and Law is a new and exciting phase of development with the joint delivery of the LLB (Honours) in Commercial Law in Chongqing.  The programme is approved by the Ministry of Education in China in the form of a Sino-UK Agreement. 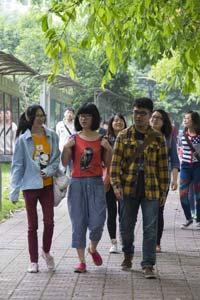 In addition to the law modules, strong support for English language is provided at both universities from the beginning of the course, helping students to successfully complete their degree and progress onto their chosen career.

On successful completion of the four years, we aim to equip you with the required skills to work for international law firms. 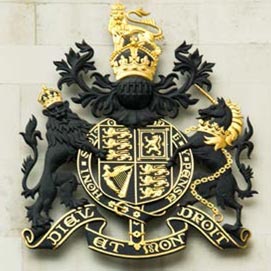