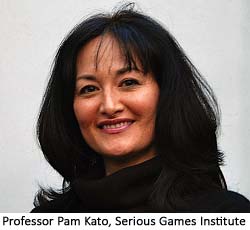 The research – which was presented at the recent European Renal Association and European Dialysis and Transplant Association (ERA-EDTA) congress in London† – examined the effects of the use of a smart device-based serious game amongst older patients with chronic kidney disease (CKD).

Results showed that use of the app over an eight week period led to an improved awareness by the patients of healthy dietary choices and of how to manage their hyperphosphatemia – an often misunderstood condition caused by insufficient filtering of phosphate from the blood by abnormal kidney function.

Over 70 adult participants from clinics in Malaysia, Singapore, Korea and the Philippines were asked to use the Sanofi Group's 'Phosphorous Mission' app for two months and report on their knowledge level at intervals, including rating how they felt about using the app.

The proportion of patients reporting an improvement in their level of awareness about how to manage their condition as a result of the serious game rose significantly from the first week of the study to the last, with overall results indicating:

There's a growing body of evidence that suggests serious or educational games improve the knowledge of young people with chronic illnesses, but far less to suggest this approach can be applied to older patients.

With this game-based intervention we were aiming to get a better understanding of how knowledge about chronic kidney disease and phosphates in the diet might be improved by the use of an app, particularly among patients over 40 years old.

These are conditions about which there has traditionally been a very poor understanding among patients, so the improvements in knowledge associated with the use of the app suggest the approach can have an impact. Moreover, we were thrilled that this older population of patients actually used and engaged so positively with the app for the two-month duration of the study – this was a big accomplishment in itself.

†The congress brings together leading researchers in the field of nephrology (the study of the kidneys and associated disorders). This study's abstract is also published this month in the journal Nephrology Dialysis Transplantation, which is published by the ERA-EDTA. The abstract is available here.

The life and legacy of the late Stephen Sutton MBE - the acclaimed charity activist and blogger who raised £5 million for Teenage Cancer Trust – is the focus of a...

Young people, politics and power on the agenda at upcoming debate

A discussion about how young people’s creativity, conviction and commitment to change can improve the way politics and society work in the UK is set to take place in...