Dr. Cynthia Zhuang has worked in Events, Hospitality and Tourism sectors for over two decades in the UK and overseas. Having accumulated a wide range of experience in higher education institutions, third-sector and commercial businesses, Dr. Zhuang builds her teaching and research not only on conforming to high level of academic rigour, but also on the practical implications to the industry requirements. She is passionate in helping students develop their transferrable skills which will enhance their employability and ensure smooth progression onto further studies.

As a Senior Lecturer at Coventry University London, Dr. Cynthia Zhuang teaches and supervises students at both undergraduate and postgraduate level. In addition, she looks after postgraduate students as a personal tutor. Co-currently, Dr. Zhuang is designing and developing a new exciting course in Global Events Management. 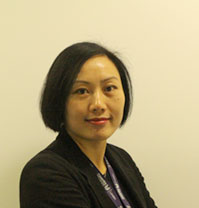