Tania is a Lecturer at Coventry University London and teaches on MBA International Fashion Management, MSc International Fashion Marketing, BA (Hons) and Top-Up International Fashion Marketing and Management. Tania is completing her PhD at the University of Bristol, with her research focusing on intellectual property within creative industries and cultural economy with particular emphasis on fashion and design. Tania read law at the University of Kent, Canterbury (2002), and obtained her Master of Laws degree, (LLM) in Intellectual Property Law at the University of London, Queen Mary (2006).  She was awarded an AHRC funded research scholarship to conduct a PhD through which she has gained rare experience working with key players in the fashion industry. In 2015 she won the AHRC researcher-in-resident scheme award at DACS, the Design and Artist Copyright Society. She regularly speaks at conferences and events on the topic of fashion and law.

Tania's research and consultancy engages with intellectual property in the cultural and creative economies. In particular her work attends to law with a special interest in luxury and the fashion and design industries.

By setting up Fashion, Law & Business Tania intended to address the limited focus on the development of the discipline of Fashion Law in the UK and extend by PhD research.  It first started as a meet-up group (2013) to create a community of fashion law enthusiasts and has now evolved into a platform that offers a space for thinking through the issues facing the fashion industry from an interdisciplinary lens.  The aim of the perspectives on FLB is to deal with the intersection of fashion, law and business, from different angles. To offer insight, analysis and commentary - drawing perspectives from both cultural theory and sociology to analyse and understand the fashion industry and its unique relationship to the business and legal realms.

Guest speaker on BBC Radio 4’s ‘you and yours’ consumer affairs programme (2017). 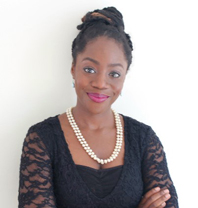