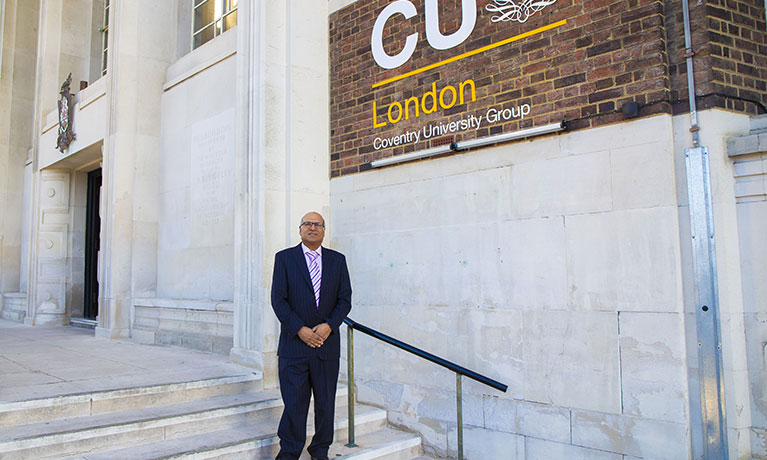 Policing students at CU London to benefit from being taught by Barking and Dagenham's former Borough Commander.

A former Barking and Dagenham borough commander has moved into teaching police officers and law enforcers of the future.

Sultan Taylor, who retired from policing after 18 months as borough commander in 2016, is now training BA (Hons) Policing students at CU London, based at the former Dagenham Civic Centre.

The 59 year old, who was born in Trinidad and moved to the UK at two years of age, worked across a range of London boroughs during his 33 year career, climbing the ladder from Constable in then Prime Minister Margaret Thatcher’s Finchley ward to Borough Commander in Barking and Dagenham via spells in Kentish Town, Golder’s Green, Ealing and more. Acknowledging that policing and crime in general has changed drastically during his career, Sultan believes that the pupils he is training can help the fight against crime in the future.

While this is the start of my move to teaching in terms of working with the public, I have some experience through my time in the police force, having led training sessions.

I finished my policing career in Barking and Dagenham as Borough Commander and I am pleased to have been able to stay in the area to train the next generation of police officers.

There are certain elements of policing that are the same now as when I started my journey. It remains a good career choice with plenty of scope for progression if you are willing to work hard and you are still seen as a pillar of your community.

That was the draw for me in the first place, I enjoyed speaking to people and playing an active role in my community.

The main change has come in terms of how crime is actually committed, the increase in cyber-crime and terrorism has been huge even over the last decade, plus knife crime is a bigger risk than ever.

However, I believe that the police force has proven countless times over the years that it is capable of coping with new forms of crime and I believe this new generation will continue that trend.

CU London’s BA (Hons) Policing course is an employment-related higher qualification targeted at those seeking to establish a career in the police service or law enforcement agencies such as the Border Force or MI5.

The course focuses on helping students to develop their adaptability, social awareness and victim empathy, as well as addressing modern day issues and crimes.

Sultan is a real asset to our policing degree, his wealth of experience and unique personal story make him a real role model to our pupils.

We are delighted to have him on board.