CU London goes green with ban on single use plastics 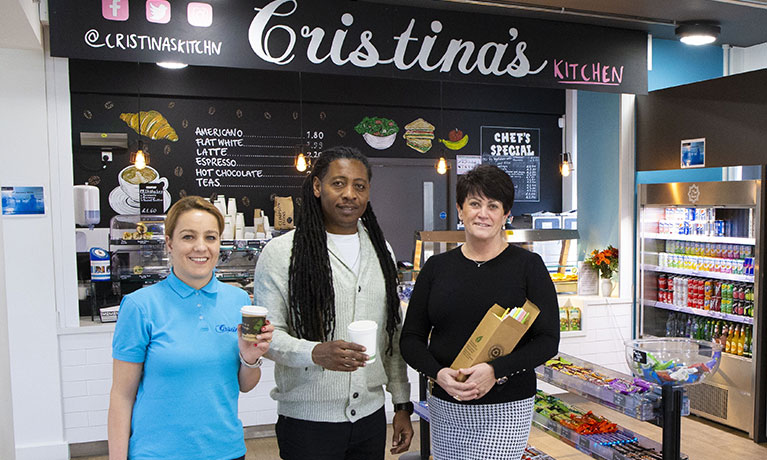 CU London is believed to be the first higher education site to put a stop to the use of all single-use plastics on site.

CU London, which opened at Dagenham’s former Civic Centre in September 2017 after a £4.5 million restoration project, has successfully taken the step to ensure its environmentally friendly status immediately, removing plastic packaging from sale and replacing items such as take-away cups with biodegradable and reusable alternatives.

A number of universities across the UK have set targets to become single-use plastic free in recent months, but CU London, which is part of the Coventry University Group, has raced ahead of the pack, implementing these changes rapidly after putting in the groundwork throughout 2018.

A lot of time and effort has gone into this, there are so many things you take for granted at a site that require single-use plastic, we have had to really take a step back and identify where we can have the biggest impact.

We wanted to take a really proactive approach to this because as a relatively new University site, we need to be at the cutting edge.

We have built relationships with local businesses to help with our recycling processes and thought very carefully about how to keep our carbon footprint as small as possible.

It won’t be long before this is the norm across the country, but we wanted to push ahead, a crucial factor is engaging, educating and working collaboratively with staff and students, so that they understand and support the changes we are making.

We will really be promoting this alongside our students and student ambassadors, hopefully prompting changes we can all make beyond the site as well.

The team behind CU London’s single-use plastic clean up took inspiration from the #2minutebeachclean campaign, which explains the negative effects the materials are having on the planet.

Internally, everything from water bottles and crisp packets at the friendly on-site café Christina’s to marketing materials has been analysed in order to identify opportunities to remove single-use plastics, with the priority now educating students and staff in order to ensure the transition runs smoothly.

I am incredibly proud that we have taken this step so soon into our journey. Taking immediate, impactful action rather than just setting distant or modest reduction targets sets a benchmark and is in keeping with CU London as an agile and values-driven organisation.

It has taken a lot of work from a wide range of staff across a number of departments and the attention to detail has been incredible.