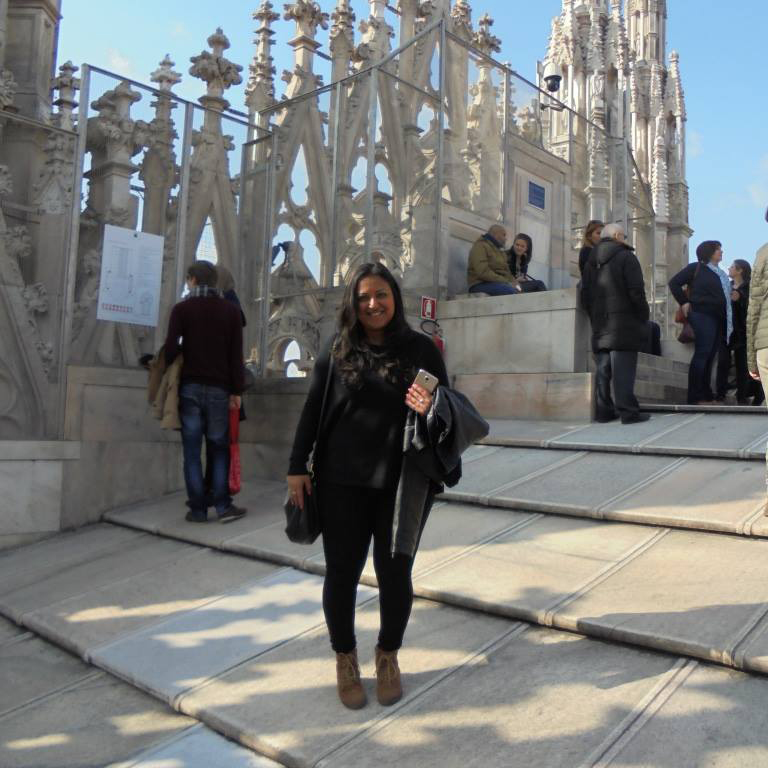 What was Coventry University London like when you first arrived?

It was really small compared to what it is now, but you could tell that it was a work in progress and growing. It was amazing to be a part of it. Everyone knew everyone; wherever you were in the building, you said hello to people because you recognised everyone. Even if you didn’t know a student’s name, you would recognise all the student faces and say hello to them. It was clear it was a place that was growing and something that people wanted to be a part of it - you wanted to be able to say “I was there when it was changing.”

What have you seen change or evolve during your time at Coventry University London?

I really can’t believe I’ve been here for six and a half years - it’s changed so much in that time! The university has become such a well-known establishment and there are many more students! Campus itself is much busier, with more teams and a lot more staff. There are new teams who focus specifically on student experience, which has rightly become such a big focus.

What does being at the heart of the city’s financial district bring to the both the student experience and your experience?

What is it that makes Coventry University London so unique?

First of all, I think the people make it what it is - we look out for each other. Your colleagues will definitely lift your spirits and they will do whatever it takes to make sure you’re okay! I have progressed within the university a lot during my time here – I have learnt so much, developed my skills and met many amazing people. I feel like I have been part of the process of growing.

What would you like to see Coventry University London achieve in the future?

To continue to care about their people and maintain the positive working environment!