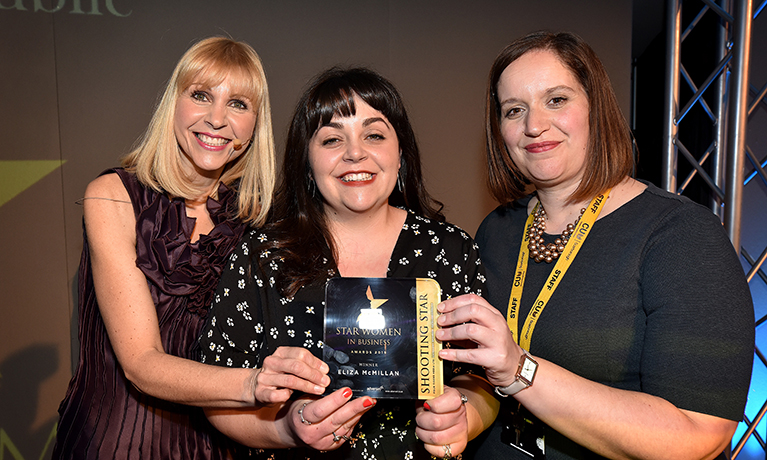 The brightest and best businesswomen in Scarborough were honoured during the Star Women in Business Awards at Scarborough Spa.

The inaugural event had CU Scarborough as its main sponsor who used their influence to support the event’s aspiration agenda.

In the audience of more than 250 people were pupils from all seven local secondary schools, invited by Kay Fraser, Interim Associate Pro Vice Chancellor at CU Scarborough – part of the Coventry University Group.

During her speech at the ceremony, Kay highlighted the achievements of three women who the audience may not have heard of previously.

She spoke about Edith Penrose, author of ‘The Theory of the Growth of the Firm’, Mary Parker Follet, who pioneered organisational theory, and Rita Gunther McGrath, who writes for the Harvard Business Review, as examples of women who pushed the boundaries in their respective fields. She hoped those watching, and in particular the school pupils, would be inspired by their achievements as well as the award winners.

It was wonderful to celebrate the success of Scarborough’s businesswomen at the Star Women in Business Awards.

The school pupils who we invited really enjoyed the experience – it’s so important to inspire them achieve. All they need is self-belief and a willingness to succeed.

Nurturing talent and encouraging hard work in our students is a big part of what we do at CU Scarborough.

It was a great honour for us to be the head sponsor of these fabulous awards, and we’re already looking forward to next year.

Awards were given out in ten categories - each of which was sponsored by a local business.

Among the winners was Eliza McMillan, from delicatessen The Hunmanby Pantry, who won the ‘Shooting Star’ category sponsored by CU Scarborough.

She was delighted to have been named amongst the winners.

I was so pleased when my name was read out – I couldn’t believe it.

Both me and my mum were nominated for awards.  I was so surprised to win – especially when we were up against so many great local people. It’s amazing to have been named among all the impressive business women I met on the day.