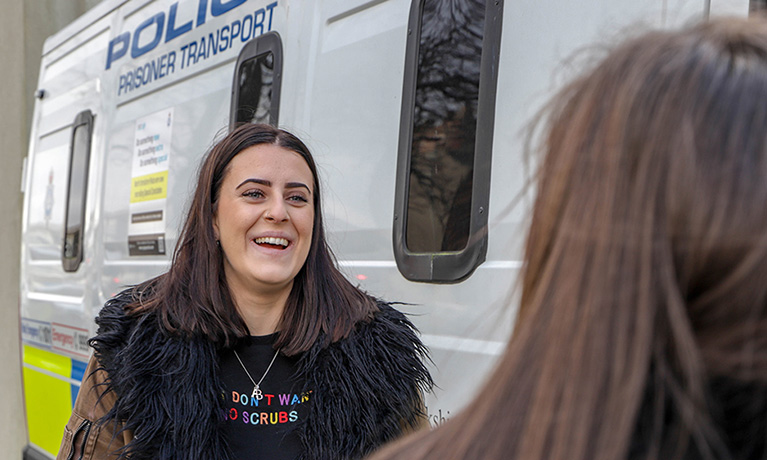 CU Scarborough has launched a vocational degree that meets the new standards set by the College of Policing’s Policing Education Qualification Framework (PEQF).

Police officers of the future will now be eligible to join the force after completing a recently launched course at CU Scarborough.

Students at CU Scarborough, part of the Coventry University Group, will be able to earn a BA (Hons) in Professional Policing from September. Places on the course are currently available through Clearing.

The course is a vocational degree in policing which meets the new standards of the Policing Education Qualification Framework (PEQF), set out by the College of Policing.

Students will undertake the learning as set out by the PEQF, attain a BA (Hons) Professional Policing, and will be equipped with the requisite skills and knowledge to be in a position to apply to the Police Force to become a Police Constable.

The news comes after Prime Minister Boris Johnson announced he wished to recruit 20,000 new police officers over the next three years.

Kay Fraser, Associate Pro-Vice Chancellor at CU Scarborough, hopes the new course will go some way to fill the demand for new police officers in the area.

We are delighted to be launching this new pre-join degree which has been written in such a way to ensure that students are immersed in modern policing issues and procedures.  It will focus on the main challenges a police officer faces in the modern era, such as protecting the vulnerable, digital policing, and counter-terrorism measures.

The course will equip students with the skills they need to become an effective police officer, and as it’s licensed by the College of Policing.  In future, police forces across England and Wales will be able to recruit CU Scarborough students soon after they graduate.

We have multiple intakes throughout the year rather than just in September, and the classes are designed to fit around our students who may have other commitments.

The demand for new police officers is very high, so we would encourage anyone thinking of joining the police to get in touch with us as soon as possible.