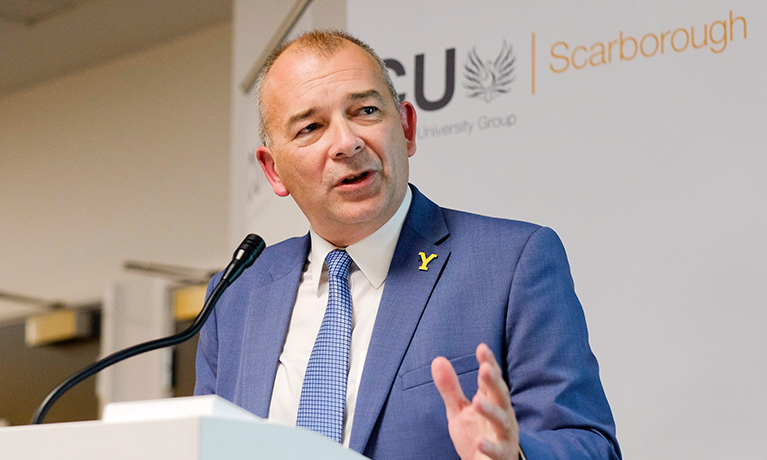 The pioneering work of Coventry University’s Vice-Chancellor and professor of mathematics education has been recognised in the Queen’s Birthday Honours.

CU Scarborough is celebrating after two of its parent group’s senior figures were recognised in the Queen’s Birthday Honours.

Professor John Latham, the Vice Chancellor of Coventry University Group of which CU Scarborough is a part, has received a CBE for his services to Higher Education.

And Duncan Lawson, Professor of Mathematics Education and co-director of sigma- a maths support service at Coventry University’s library - has been awarded an MBE for his services to mathematics in Higher Education.

Both Professor Latham and Professor Lawson are delighted to have been nominated to receive these awards, which reflect their dedication to Higher Education spanning more than fifty years.

I would like to congratulate John on his award of a CBE in the Queen’s Birthday Honours for services to Higher Education.

His leadership and commitment to innovation are fundamental to what we strive to achieve here at CU Scarborough, and his drive to make a difference to education is an inspiration.

Tens of thousands of students at universities across this country and internationally have enjoyed a transformed experience of studying the mathematical aspects of their courses, thanks to the innovative and determined work of Professor Lawson in championing, developing and disseminating mathematics and statistics support.

In 2016, Duncan’s lifetime work was recognised by the award of the Institute of Mathematics and Its Applications Gold Medal for outstanding contribution to the improvement of the teaching of mathematics - the first time the medal has been awarded in the field of mathematics education.