Students set to hold a sleepout to fundraise for homeless 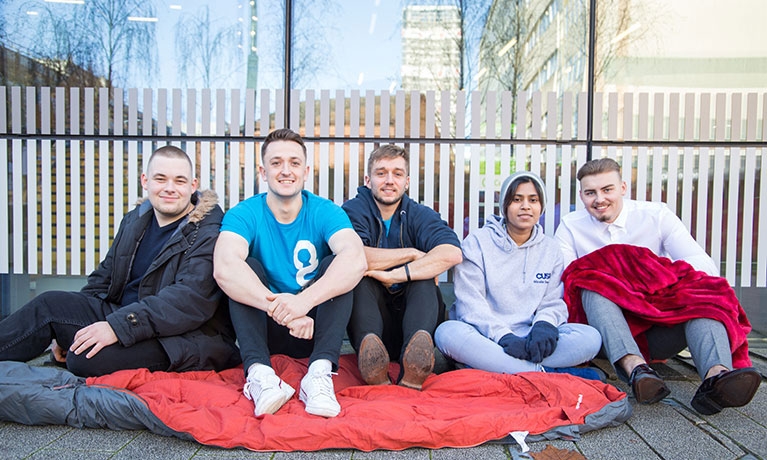 CU Coventry students will be holding a charity sleepout as part of a fundraising campaign to help homeless people across the city.

Students in Coventry are set to hold a charity sleepout as part of a fundraising campaign to help homeless people across the city.

Students at CU Coventry, part of the Coventry University Group, are joining together to support those without a home throughout the winter months.

They have already held a number of fundraising events including a pyjama day, movie night and a video games marathon, and the proceeds have already been donated to the Coventry branch of Crisis, which supports those experiencing homelessness.

The students now plan to hold a number of other small events before the campaign culminates in a charity sleepout set to be held on February 1.

Those who sign up to take part will be sleeping outside the campus, with the event being livestreamed online to encourage people to donate throughout the night.

Homelessness is a big issue in Coventry and we wanted to do something to help those in need to show how much we care about the city and the people in it.

We launched our fundraising campaign to give something back to the city by supporting people in unfortunate circumstances.

We’ve already had a huge amount of support for our smaller fundraising events held in aid of Crisis Coventry, and are now focusing on making the sleepout as successful as possible.

The media team at CU Coventry will be live streaming the event and an online donation page will also be set up.

We’re currently in talks with Cyrenians which caters for people in Coventry and Warwickshire who are homeless, or at risk of homelessness who were also looking to support so we can spread the funds we raise out and help as many people as possible.

We would like to thank catering company Sodexo which has agreed to provide food and drink for those taking part, and are now looking for other businesses to sponsor the event and support the campaign.

Anyone wishing to offer their support or make a donation can email cucoventry.su@coventry.ac.uk.