In last ten years, together with Professor Ivan Callus, Head of English at the University of Malta, I have been developing a new approach to reading literary, cultural and media texts and discourses, which we have called “critical posthumanism”. Critical posthumanism is a reflection on the emerging paradigm of “posthumanism” and of the figure of the “posthuman”. It is aligned with a critique of anthropocentrism and the ongoing deconstruction of humanism, which currently find their expression in the urgency of the question: what does it mean to be human? This urgency lies mainly in the technological and global economic and ecological challenges and the accelerated erosion of traditional demarcations between the human and the nonhuman. 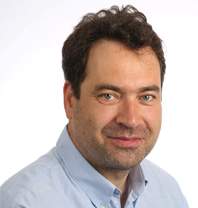 Stefan Herbrechter is Reader in Cultural Theory, Postgraduate Programme Manager (Media) and Course Director of the MA in Communication, Culture and Media at Coventry University (since 2009).

He is the executive editor (with Ivan Callus, University of Malta) of Rodopi’s monograph series Critical Posthumanisms. He has published three monographs, more than ten edited collections and numerous articles on English and comparative literature, critical and cultural theory and cultural and media studies. His work has been translated into German, Romanian and Korean. As a translator of scholarly works from English into German and French into English he has translated texts by Bernard Stiegler, Jacques Derrida and Hélène Cixous. For more details please see http://stefanherbrechter.com.