My ambition is to create a research facility that integrates several factors: interdisciplinary research, integration with industry and the highest level of education. The idea is to have research teams composed by PHD students, academics and industry representatives. The goal is to produce innovation combining the interest of researchers, professors and industry partners. The aim is to create a highly recognizable design research facility with a high level of quality and excellence far apart from other similar institutions. I would like to re-arrange the existing structures, facilities and expertise in order to achieve meaningful results in Mobility & Transport research. 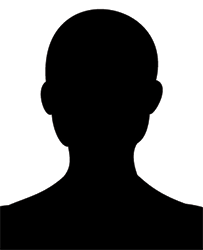 An ACCD graduate in 1982. After working for “Pininfarina” and “I.DE.A.”, he was hired by Fiat as exterior design studio chief for Fiat and Lancia. His was the Delta Integrale. In 1992 he became director of design for “Giannini”. In 1996, he presented Windsurf, advanced aerodynamic car concept. From 1992, performed consultancies for “Victory design” (boats and yachts), and “Majestic Auto” (two-wheelers). From 1996 to 1998 he worked at Mercedes-Benz Advanced Design, in Germany. From 1999 he taught at Pescara, Genoa and Milano, developing projects with Tecnema, Picchio, Bizzarrini and Italcar. Worked for the institution and became director of a centre of studies on sustainable mobility. A car developed by CISME is in production today. He became coordinator of Tulton Design (new products development). From 2007 he taught at Politecnico di Milano. He is in the management committee of the master on Automobile Design sponsored by Volkswagen group. He has been member of the disciplinary commission, the research unit of Advanced design, the commission for new patents, and project leader for Alta Scuola Politecnica. He taught “Strategic Design” at the University of Genova (2005-2010). In 2009-2012 he was a partner of Milano cardesign, (design and production of vehicles). He has design consultancies (Natuzzi, DeA, Conrero, Cisitalia, ACTR) and is involved in projects on design education in India, North-Africa and Brazil. He spent a sabbatical at the University of Cincinnati. From May 2015 he is the Course Director of Automotive & Transport design at Coventry University.