My work has been motivated by a keen awareness of the societal impact of sexual violence, and recognition of the historically inadequate responses to victims of sexual assault. A large proportion of my research has focused on rape victimology with a specific emphasis on exploring attitudes toward rape, the identification of variables that influence rape victim blame attribution and identification of the needs of rape victims. This research has generated impact in practitioners and public services in England and has been used to improve public and professional responses to victims of sexual violence in a number of arenas.  My work will continue to be influenced and motivated by a desire to change public attitudes towards sexual violence and improve the medico-legal response to future victims. 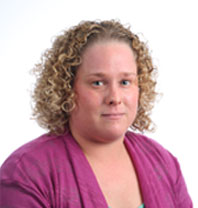 Amy is a Senior Lecturer in Forensic Psychology and Course Director for the MSc Forensic Psychology and Crime course. Her main research interests focus on sexual violence and the application of psychology within police and investigatory settings.  She has experience of working with a number of police forces nationally on a consultancy basis and was recently commissioned to conduct research identifying the needs of victims of rape and sexual assault to help inform the development of a Sexual Assault Referral Centre (SARC).  This bespoke piece of research consisted of a needs analysis combining both quantitative and qualitative methodologies to assess the needs of victims within the Coventry and Warwickshire area.  The findings from the research have been used to directly inform the location, design and requirements of the Coventry and Warwickshire SARC in line with the anticipated users of the service.  Amy has also delivered training to police officers, members of the Crown Prosecution Service and criminal justice workers regarding the psychology of rape victimology and how to improve the medico-legal response to victims of sexual violence and has also acted as an advisor for a number of rape prevention campaigns developed by police forces nationally.

Improving medico-legal responses to survivors of rape and sexual assault
A commissioned project involving identifying the needs of survivors of sexual assault to help inform the development of a sexual assault referral centre.
An exploratory study of police hostage (crisis) negotiation in the United Kingdom
Identifying the characteristics and competencies of police negotiators and developing a model of police hostage negotiation in the United Kingdom.
An exploratory analysis of the relationship between women's rape fantasies, rape myth acceptance, rape victim empathy and rape blame attribution.
Explores the existence of rape fantasies within female university students and investigates whether there is a relationship between rape fantasies and rape victim attribution formation.
A qualitative thematic analysis of the experiences of police hostage negotiators from two police departments in Texas
Investigating the experiences of American negotiators and building a model of Texan police negotiation using a qualitative research methodology.