I joined the Faculty of Business and Law as a full time Lecturer in August 2015 and I am Course Director for the BA in Business Administration. I am a sociologist of work and organisations, with a longstanding interest in how notions of responsibility are understood within globalising capitalism. I gained my PhD from London School of Economic (LSE), titled ‘Where responsibility lies: Corporate social responsibility and campaigns for the rights of workers in a global economy’.

In 1999 I began teaching at the Centre for Labour Market Studies at the University of Leicester, mainly working with international students on distance learning MA degrees. Since then I have enjoyed holding posts at LSE, Queen Mary University, Imperial College, the Foundation for International Education, University College Dublin and Brunel University, where I was awarded funding to explore ethics in the cut flower industry. Between 2001-2011 I contributed to the Global Civil Society Project at LSE, coordinating a network of international correspondents and researching social forums, poverty activism, labour movements and alternative data collection. I am a member of the Work, Employment and Economic Life group of the British Sociology Association, and in 2008 I joined the committee of the Global Studies Association.

My research aims to further our understanding of the dynamic business-society relationship, and to draw attention to the consequences of globalising processes for how work is experienced. I am particularly interested in private social standards, such as fair trade; responsibilities to workers, such as those in complex supply chains; and the role of different groups, such as consultants, campaigners and consumers, in determining CSR agendas.  My current projects investigate the ethical profile of mega-events (as part of CARNiVAL), and certification and ethical consumerism in the flower industry. I am also involved in a project supporting PhD research in the UK. 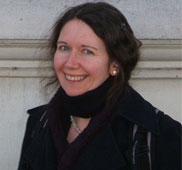